According to the Russian Federal Space Program 2006-2015, the launch of Electro-L N2 satellite is scheduled for the year 2014. The satellite lifetime is expected to be 10 years. The launch planning for all Electro-L, Electro-M and Arctica series satellites  is shown in the fly-out schedule below. It should be nothed that the exact dates could be shifted later, depending on the status of the operational satellites and other issues. 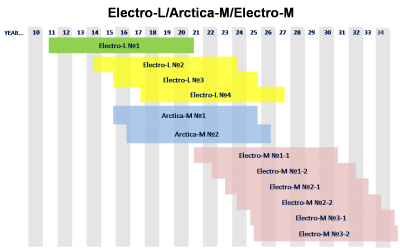